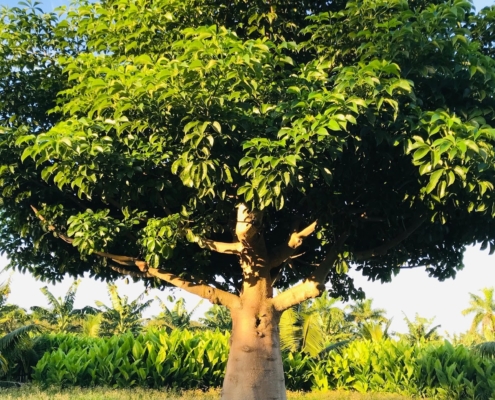 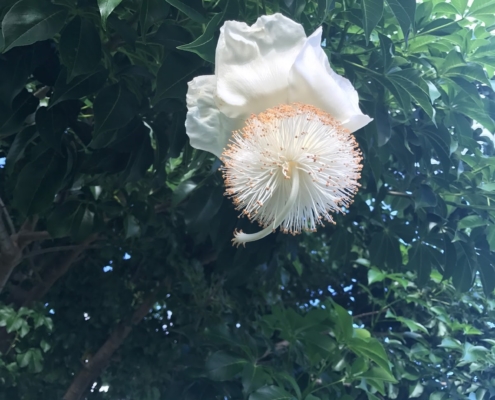 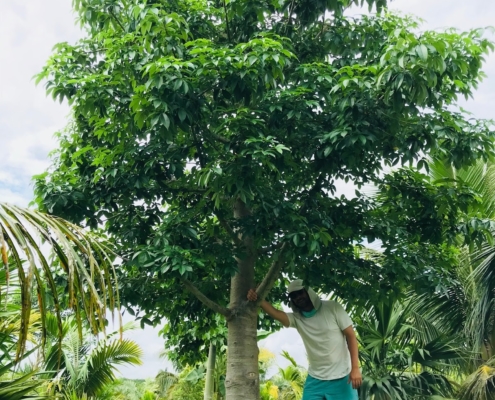 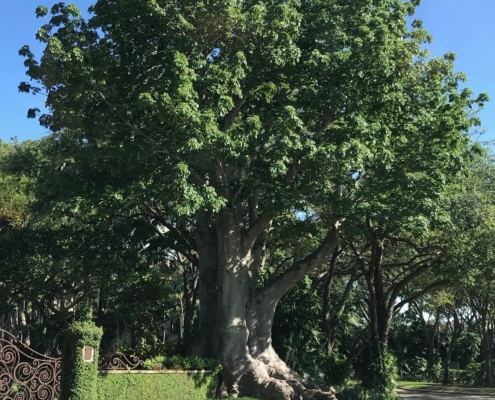 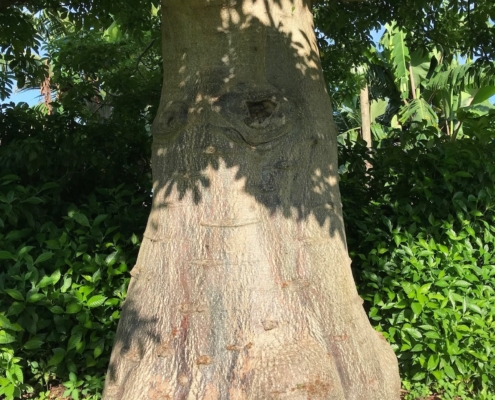 The most wide spread of the Baobab species in the world. Adansonia digitata is known for its massive presence in both height and width. With Baobab species native to Madagascar and Australia, the species “digitata” is the only species native to continental Africa. Because of its unique distribution, researchers and geologists use this genus of trees to help explain and fortify the theory of Pangea. Over many years this tree has been cultivated and distributed by indigenous people due to its spiritual and holistic value. Many parts of this tree are usable for food, shelter, nutrition and medicine, giving it the reputation as “The Tree of Life”. Another common name is “The Upside Down Tree” due to its appearance while deciduous. The tree looks like a trunk with its roots in the air.

This fast growing species of Adansonia can tolerate a wide array of nutrient poor soils, as long as there is suitable drainage. This tree can tolerate salt and in parts of Eastern Africa lives just inland of the ocean. Full to heavy sun is preferable and like most trees in the Malvacea family this tree stores much of its energy in its trunk which also conducts photosynthesis during times when leaves are absent.

This species of Baobab displays beautiful white flowers that hang upside down from its limbs. In Africa these flowers have a symbiotic relationship with bats, which are considered its primary pollinator, as the flowers bloom predominantly at night. Occasionally you can witness the fresh flowers in the early morning.

This beautiful tree species is constantly growing and changing throughout the seasons which is why indigenous people used the tree as a living calendar to mark the changes in season throughout the year. While deciduous from January – May, the late spring and early summer brings new leaf buds. The young growth in spring leaves of the tree make an exceptionally nutrient rich leafy green replacement similar to a buttery spinach. Aside from the edible leaves the digitata is also considered a superfood for its antioxidant rich pulp which is found in the fruit.